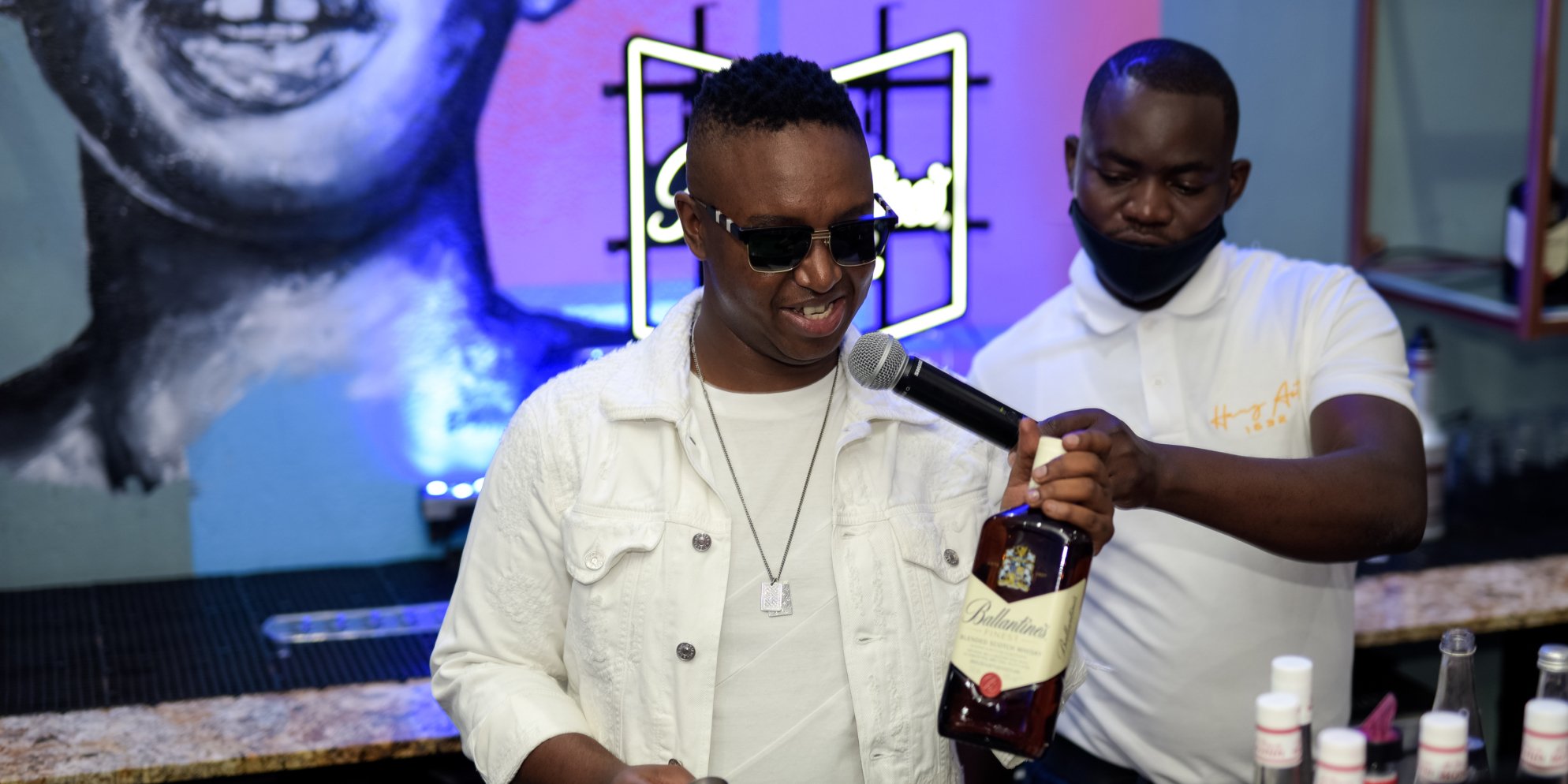 Ballantine’s: There’s No Wrong Way with Shimza leading the charge

This is the gospel of Ballantine’s Scotch whisky, one which we’ve been preaching for the last few years under our banner of Staying True to who you are at your core. It’s this authenticity factor that underlies everything we do and our latest partnership and campaign with Afro-tech pioneer and Ekurhuleni icon, Shimza, cements our pursuit of collaborating with artists who have become household names because of their unflinching conviction to their craft.

As the voice of Ballantine’s latest There's No Wrong Way TVC, Shimza joins our Ballantine’s family as so much more than an artist. An avid businessman and philanthropist, raising funds for underprivileged children through his Shimuzic foundation, Shimza is focused on giving back to his community of Ekurhuleni, and his partnership with Ballantine’s means a long-term investment in both Shimza and the hometown that he holds so dear to him

“We are thrilled to be able to partner with an artist as forward-thinking and philanthropic as Shimza,” Ballantine’s Senior Brand Manager, Keval Ramraj, explains. “We have a long history of supporting South African artists who are passionate about the music they make and are proud of who they are and where they come from. Shimza fits this mould perfectly.”

“This partnership with Ballantine’s is a great fit for me and what I stand for as a brand!” Shimza enthuses about this new campaign. “This partnership should be about investing in the next generation and giving them the confidence to Stay True to themselves because There’s No Wrong Way when you are authentic.”

Shimza has two albums under his belt; the critically acclaimed album Shimuzic (2016) and One Man Show (2014). In 2020 he was announced as a headliner for one of the world’s biggest electronic festivals, Tomorrowland, which was ultimately thwarted due to the Covid-19 pandemic.

But, in a Covid-defying move, the success of Shimza’s live streamed Quarantine Online Party gave birth to the Lockdown House Party on Channel O. Shimza also took his One Man Show, an event that he’s been doing for over a decade, to Robben Island, making history by becoming the first artist to host a performance on the historical landmark, further proof that his unique hustle and grind have paid off in the most inspirational way

Through past campaigns with house music icon, Black Coffee, and drum-rooted Afro-house duo, Black Motion, we have set out to inspire people to express their true selves by seeking out authentic experiences.

It already feels as though Shimza has been apart of our extended Ballantine’s family for years, and with his own TVC as part of a carefully curated and structured partnership that’s set to roll out over the next few months, we are all committed to our belief that when you Stay True to you, There’s No Wrong Way.