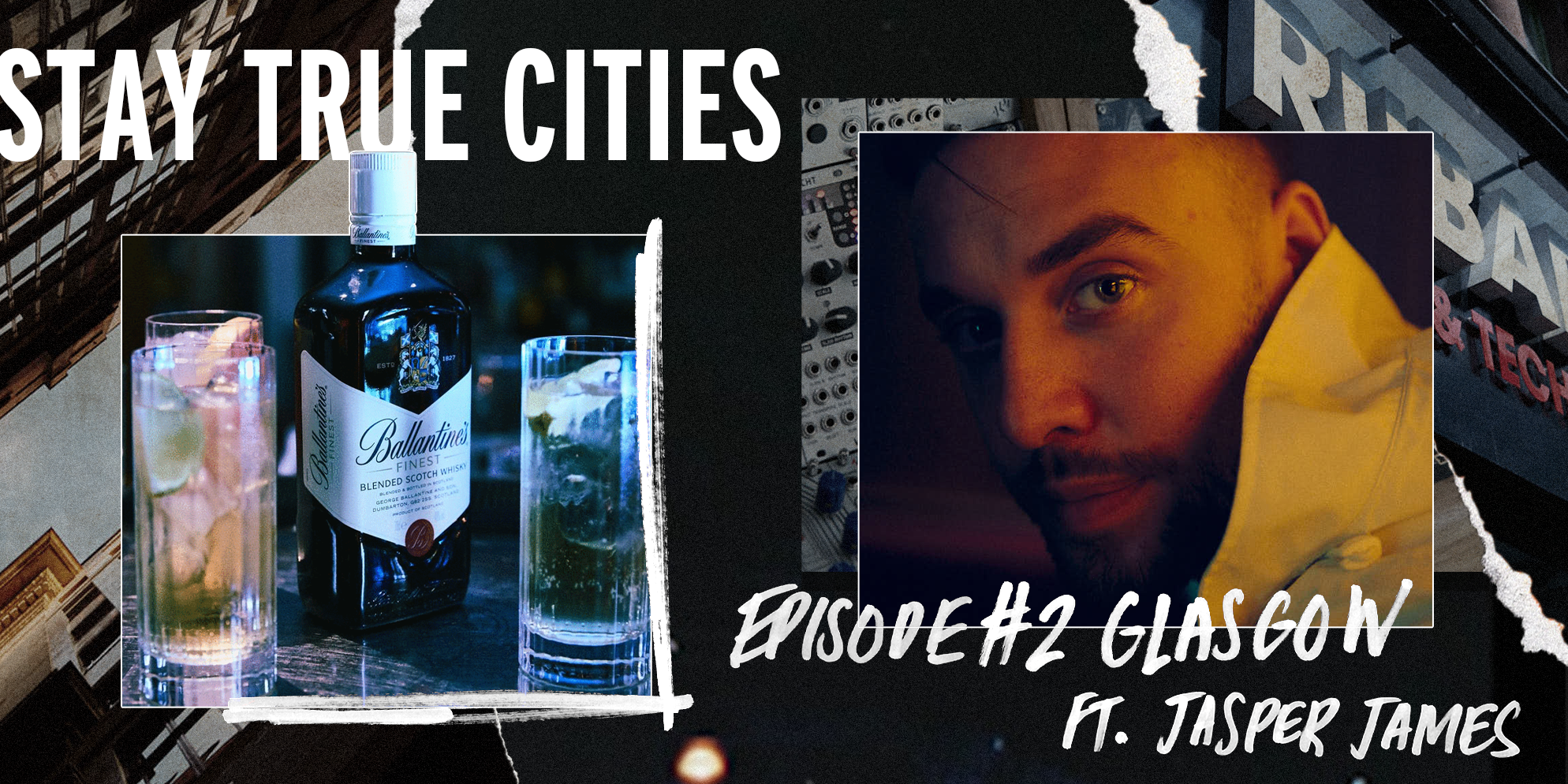 The Highlands have the distilleries, Edinburgh has the castle and Glasgow? Glasgow brings the party.

We teamed up with Glasgow’s brightest rising star, Jasper James, to show us around the 24-hour party city in our latest episode of Stay True Cities to prove to us and the world, that Scotland’s biggest city is anything but grim. Here we go.

FOR PEOPLE IN THE KNOW, THEY’VE ALWAYS KNOWN THAT GLASGOW IS AN AMAZING CITY FOR MUSICAL TALENT. IT DOESN’T REALLY MATTER WHEN THE REST OF THE WORLD DISCOVERED IT, IF YOU KNOW YOU KNOW. 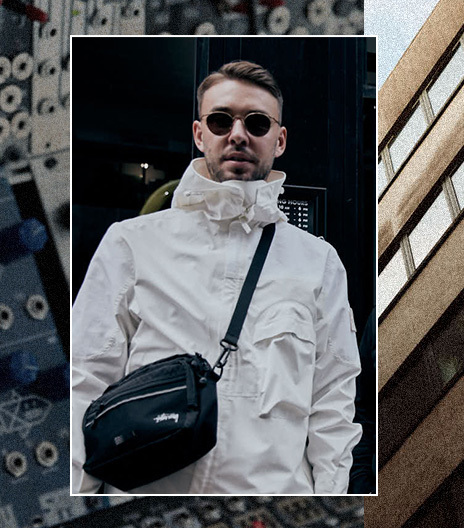 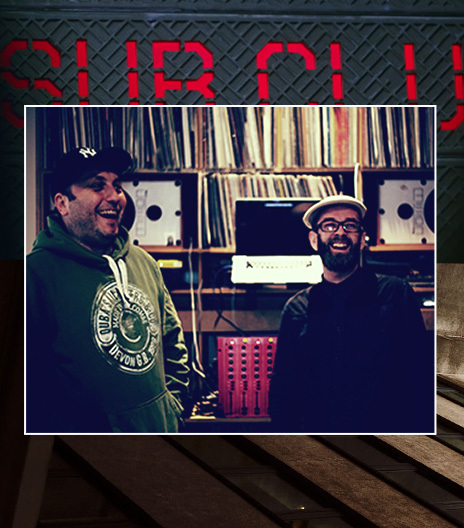 It would be an absolute sin to talk about Glasgow’s music and not mention the duo behind the longest-running club night in the UK, and possibly on earth (plus, Jasper’s own Da.) The men, the myth the legends that are Harri and Domenic. Spinning tunes in the sweaty underground mecca that is Sub Club since the late eighties, their weekly House night Subculture has hosted the creamiest of the crème de la crème of House DJs and continues to party on today.

If Glasgow lives and breathes dance music, then the lungs must surely be Rubadub Records. Co-owned by arguably one of the godfathers of Glasgow’s techno scene, Wilba brought the sounds of Chicago and Detroit almost as soon as the likes of Derrick May and Juan Atkins started to pump out techno from their own soundsystems. 27 years later, Rubadub remains a hub for the local music scene and continues to inspire the DJs, producers and promoters across generations. 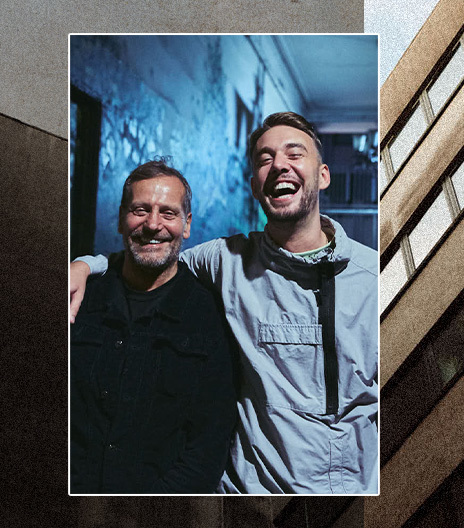 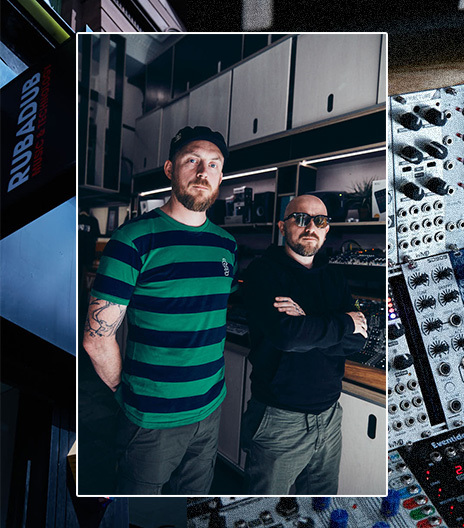 With a motto that reads real rockin’ raw s**t from the street for the clubs, you can expect only the best tunes to get you moving from the boys behind Dixon Avenue Basement Jams. The DJ duo at the helm of the label, Dan ‘Monox’ Lurinsky and Kenny Grieve, aka The Wasp, are master selectors that came up through the music scene with a reputation of putting on iconic ‘afters,’ before moving on to become promoters and headline DJs in their own right. You’ll still find them getting dancefloors thumping through their own sets as well as championing Scottish talent through their label such as Big Miz, Nightwave and Josh Caffe.

IF YOU’RE HERE TO PARTY, YOU’RE GOING TO WANT TO GO UNDERGROUND

CLUBS NOT TO MISS 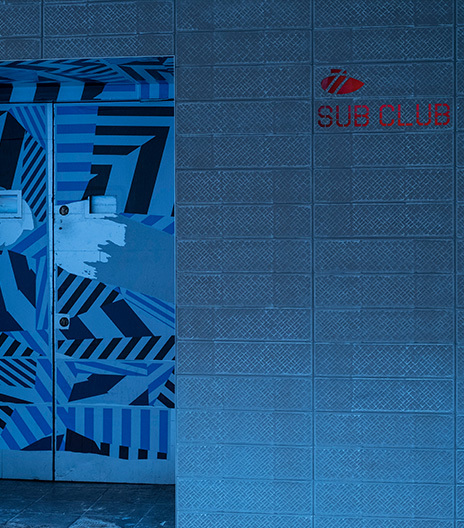 We’ve already mentioned the don’s of Glasgow’s house scene above, now meet the club they call home. Otherwise known as ‘Subbie’, Sub Club is the one institution of dance music not to be missed in the city. Each week the iconic blue-and-white dazzle doors open to bring together iconic DJs and pioneering artists with 400 kindred spirits. Cementing a special space in the hearts of generations of clubbers.

Clubs may be dark, they’re mostly dingey, dank and some make you sweat (in a good way) but not all clubs are as beautiful as the Berkeley Suite. Nestled in a basement behind an unassuming pawn shop sign hides a beautifully stylish venues. Amongst the plush velvet and marble finishing is also a bespoke custom built soundsystem and pumps out beats, bumps and bangers from notable home-grown talent and international DJs alike. 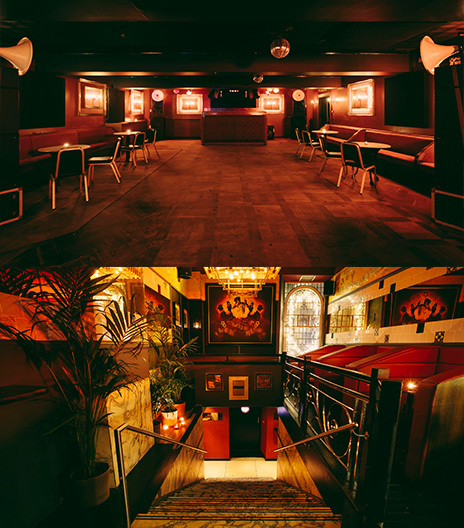 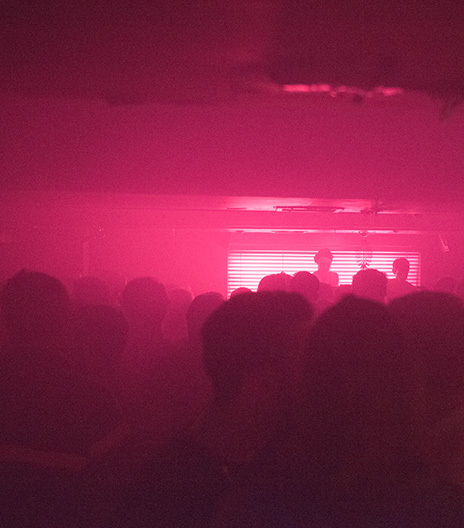 We’re not sure why there are so many underground clubs in Glasgow, but we do know it doesn’t get much more intimate than the basement dancefloor at La Cheetah. But that’s part of it’s beauty, La Cheetah may be small but the sounds coming out from the basement is anything but. With a reputation of booking the best underground selectors, including regulars from local labels such as Numbers and LuckyMe. Expect a banging night and lots of new friends to meet on the dance floor.

THE LOCALS GUIDE TO GLASGOW FROM A BALLANTINE’S LOCAL

Glasgow is no nonsense. You treat people well and you get treated well back.
Lose the bravado, get a round in and have a good laugh.
Live by these simple rules and you’ll have a great time

What’s the first place to hit up when you first arrive in the city?
I head straight to University café - for a roll n square sausage.
The rolls are different in Glasgow, you can’t ship them, they are fresh for about 10 minutes so you need to get them here and get them early.
God forbid you get a second day roll.

Unmissable sights?
I’d say Glasgow is less about seeing things and more about doing things, we don’t have a castle or Instagram hotspots but there are great things to get out and experience-
Head to The Pot Still, it’s a bustling local bar in the city centre, that just also happens to also be whisky Mecca.
If you can catch a Celtic or Rangers game while you’re here, you should. There is some amount of atmosphere packed into the stadiums.
Jump across the west end and walk from Glasgow Uni, through the park to the Kelvingrove Art Gallery. There is always a good hustle and bustle around the area and a few nice installations.

Where to eat
Right, as much as people think it is all deep-fried Mars bars and haggis, there is a great food scene in Glasgow, so I’ll do a quick top 3:
Paesano – Pizza the Italians would travel for.
Crabshakk - As fresh as seafood gets.
Ox and Finch – It’s like Scottish tapas – strange, but it works. You might actually get a deep-fried Mars bar here.

Where to drink
BARS
The Pot Still - Whisky, locals, pies and Whisky.
Bananamoon - As edgy as a second hand rubix cube
Max’s bar - Good tunes, cool people and the danger of a big night out as the nightclub La Cheeta is directly downstairs.
Tabac – Slap bang in the city centre with lots of good people and members of the bar and music scene coming through the door.
Inn deep – A great spot next to the river in the westend of the city.

What does a typical night out look like in Glasgow?
We are very social people in Glasgow, very well intentioned also, which makes planned nights out infrequent but ‘ending up out’ the norm.
Your typical night, is pre-swally (Pre- Drinks) in a bar, continually promising you’re taking it easy/ just having a few. Inevitably gravitating towards the centre of the town and eventually ending up in the dancing (A night club). It’s at this point that it differs to other cities. Where is the afters? Is the common call of the early hours in Glasgow.
We have slightly stricter licensing laws than other parts of the country, so when the dancing’s shut at 3 or 4 in the morning. After parties in people’s flats spring to life across the city.

Any useful phrases?
Yuptae? – What are you up to?/ How is your day panning out?
The dancin – a nightclub
Swally – Alcohol
A Bam – A person of a lively disposition/ An unhinged individual.
Taps Aff – Slightly warm temperature

When to go to Glasgow?
This is a hard one, because you are never going to be guaranteed good weather in Glasgow, but I would say May.
The temperature hits about 17 degrees and people start to get excited for the summer. Taps aff as they say.

Why should people go to Glasgow?
You should go to Glasgow if you up for a good laugh and need a break from all the fakery – In the words of Anthony Bourdain: “ Its Europe’s no bullshit zone”