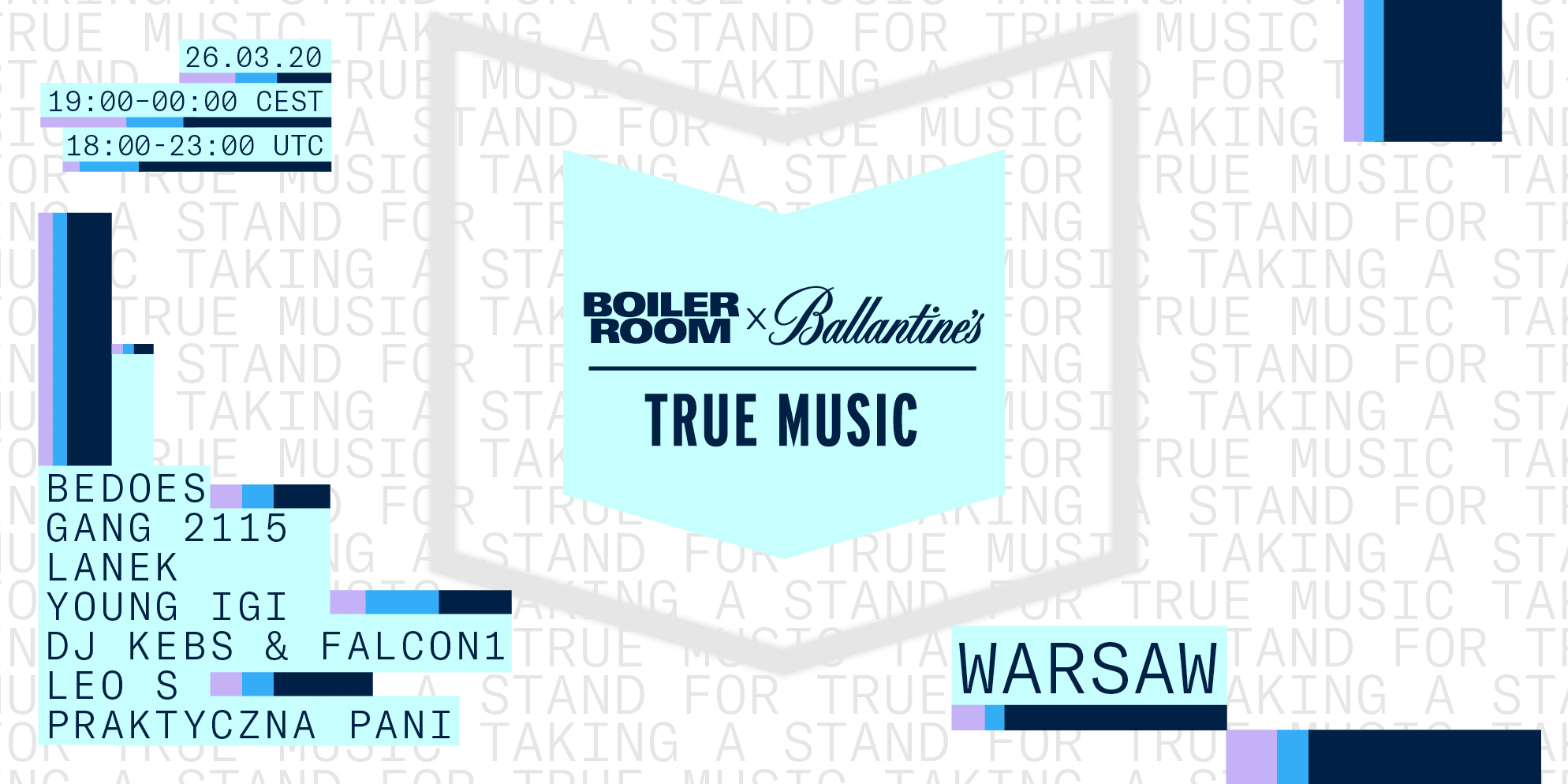 Our Take A Stand for True Music tour continues as we head to Warsaw for the latest Boiler Room x Ballantine’s session. Featuring nothing but the very best selectors and rappers coming through the burgeoning local Hip-Hop scene, get ready for a storming session with only the most fire beats and bars.

Poland’s capital city is seeing something of a musical revolution. In recent years, Polish hip-hop has risen from an underground movement to country-wide phenomenon, transcending what some would consider ‘low brow’ origins to become one of the country’s most prominent chart-topping genres. Warsaw is at the epicentre of this evolutionary movement.

The city’s industrial urban landscape is the perfect backdrop for the diverse sounds of a new generation of individuals and collectives countering mainstream voices and values. The end result is a community of artists who challenge the mainstream understanding of hip-hop to produce their own unique sounds, straight from the street.

We’re once again linking up with Boiler Room on the 26th March for a night to showcase and shine a light on these diverse, inclusive collectives and the pioneers behind them and broadcast their special flavour of hip-hop to the world. Our line-up features only the creamiest of the local crop who’ll be keeping things nice and bouncy on the night.

Borys Przybylski aka Bedoes is a Polish rapper and lyricist whose melodious, auto-tuned choruses and take on outsider Trap won him an immediate Nr. 1 spot in the Polish charts with his debut album “Aby śmierć miała znaczenie”. The rapper's second and third albums went platinum immediately, making him one of the hundred most-listened artists in the world. His music videos have been watched over half a billion times 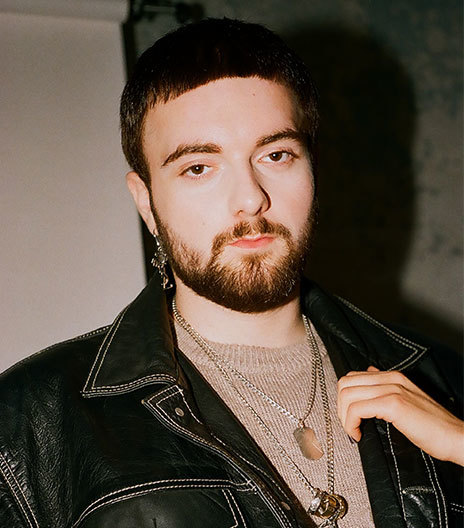 2115 is a collective formed on the initiative of Bedoes, consisting of Bedoes, Blacha 2115, White 2115, Kuqe 2115 and Flexxy 2115. From the very beginning they have been both controversial and widely revered by fans and industry alike, their output being seen revolutionary for the Polish hip-hop scene 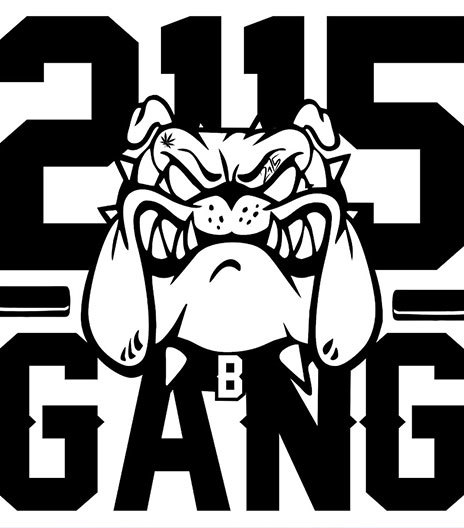 Young Igi is one of a few Polish rappers who achieved his status with no help from any record companies but relying on his own channels on social media where he managed to accumulate a network of hundreds of thousands of fans, catapulting him at the young age of 17 straight into the charts. 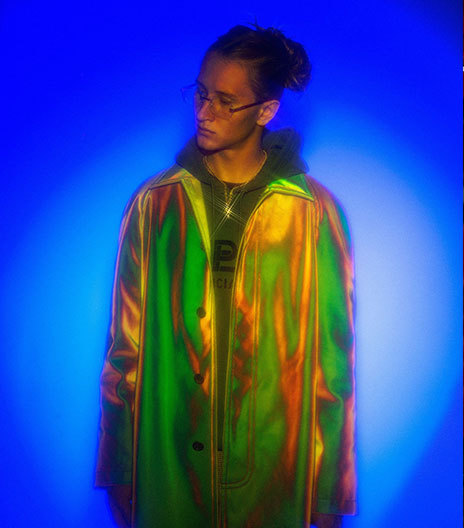 One of the internationally most successful hip hop DJs out of Poland, DJ Kebs is known for his legendary mixtapes, the most recent one in collaboration with fellow turntablist Falcon1 being one of the finest hip hop releases of 2019 internationally. 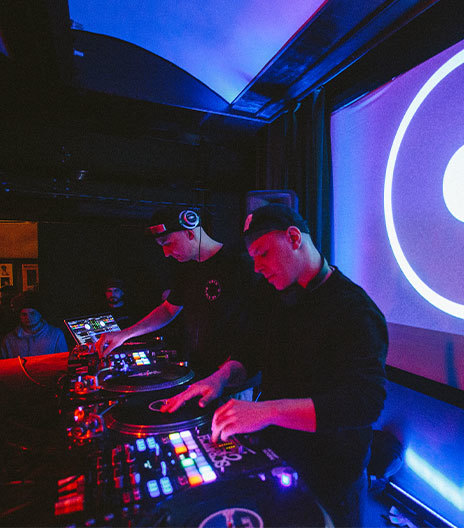 One of the leading hip hop DJs in Poland, Falcon1 adheres to the spirit of hip hop like very few others - a turntablist with a cutting edge taste as a selector. 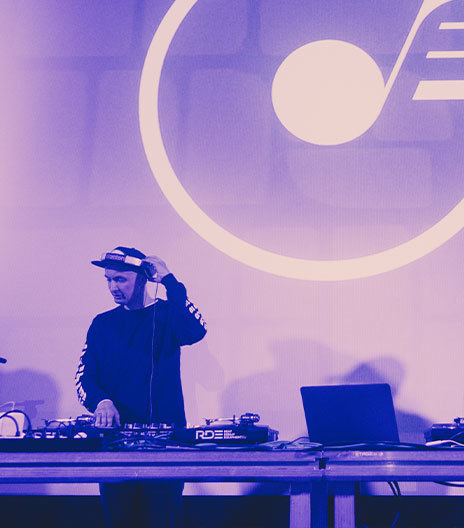 Dancer turned producer turned DJ turned sidekick of one of Poland’s most prominent rappers - leo S is at the forefront of a new generation of female artist finally getting a foothold in the male-dominated Polish rap landscape.

On top of being a music producer, songwriter, and event promoter Dj Praktyczna Pani was a Redbull Music 3style World Championship finalist and the first woman to win the Polish title. In the industry since 2006, the avid collector of turntables and mixers is a known lover of the rnb, rap and soul of the 80s and 90s combining originality and high technical ability behind the decks 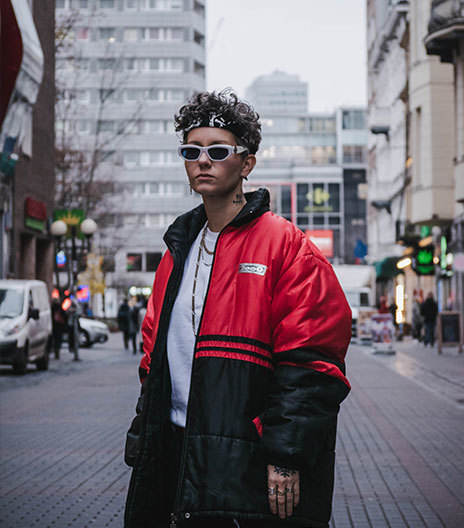