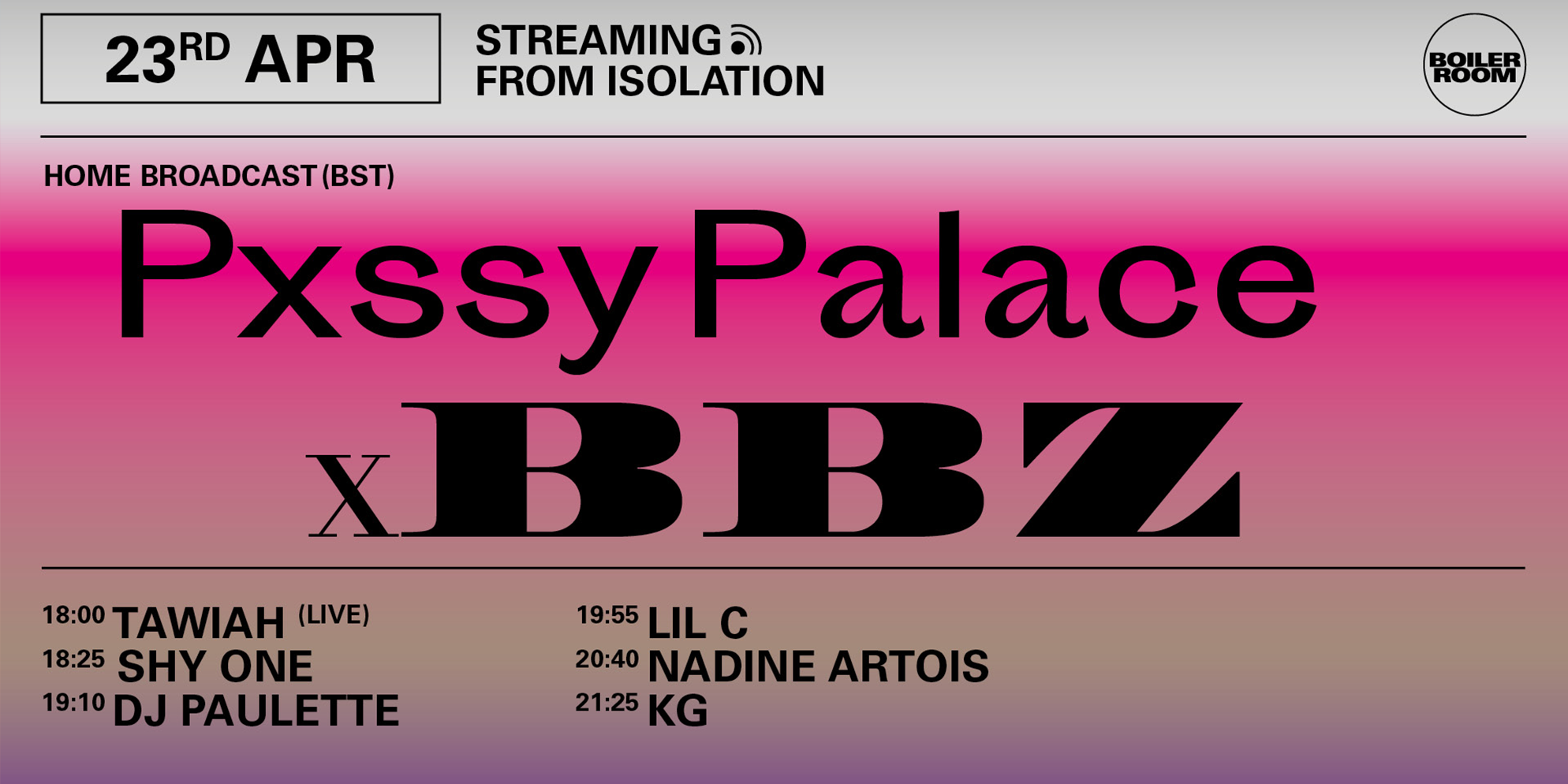 As part of Boiler Room’s 'Streaming From Isolation' series, we have committed a six-figure sum (£) in the form of 20 grants to be distributed to community-driven collectives around the world.

For week 5 of our streaming series, we’ve partnered with Pxssy Palace and BBZ to bring you the sound of London via Manchester. A collective of DJs, educators and performers known for bringing those London party vibes, Pxssy Palace is joined by BBZ a club night and curatorial collective.

Powering up the Pxssy Palace takeover, an intimate performance from Tawiah bringing in some soothing soul sounds from her home, to yours.

Kicking things up a notch, Shy One stepped up to the Streaming from Isolation broadcast. Turn it up, because we’re about to get loose.

Checking in from rave capital Manchester, DJ Paulette brought in the big beats for a special isolation party set.

Next up, Lil C providing supreme quarantine beats on behalf of Pxssy Palace and BBZ.

Pxssy Palace founder Nadine Artois is next to transform your night.

London's own KG closed out the Pxssy Palace x BBZ showcase with those big rave beats we love.