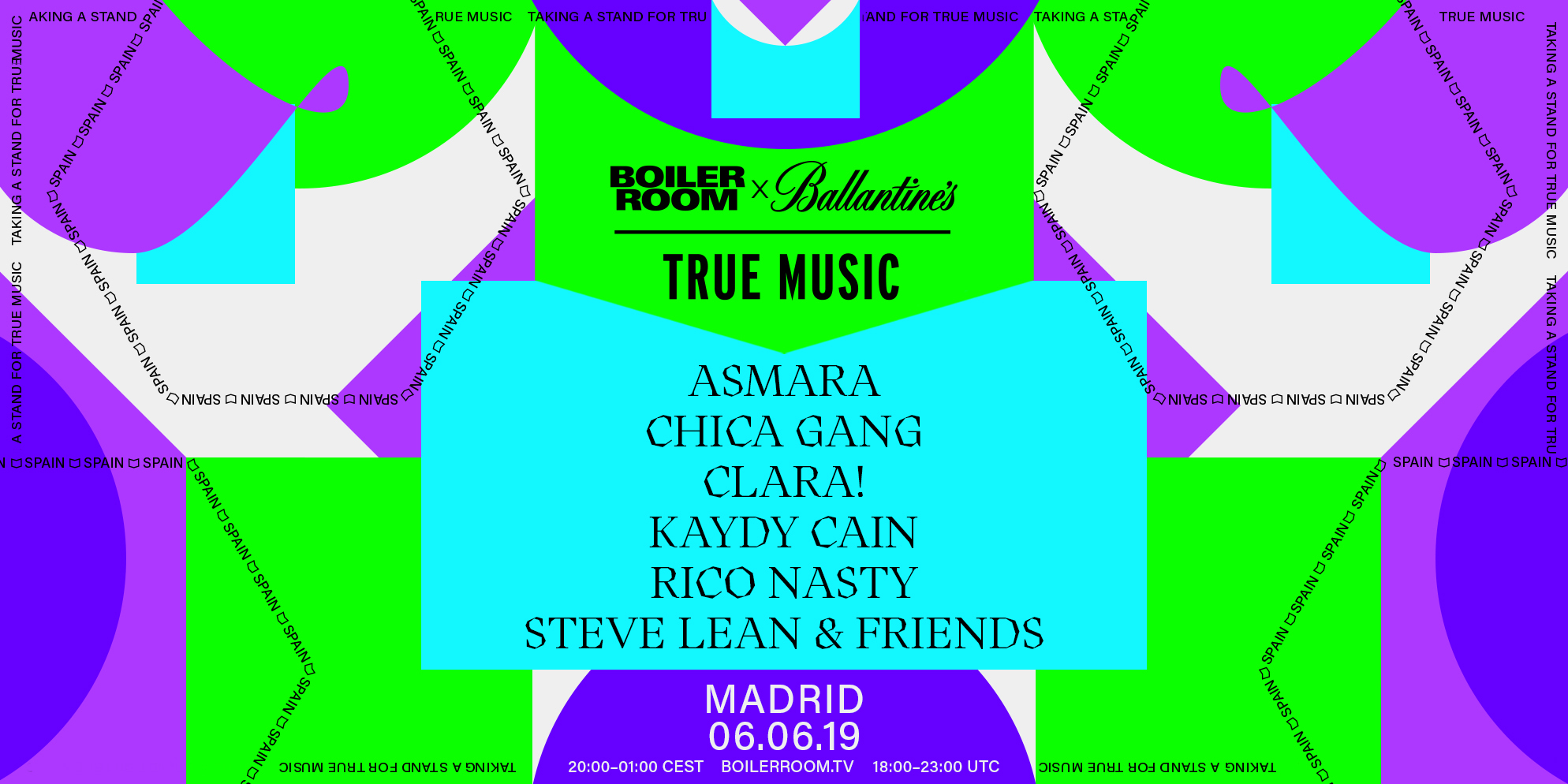 Clearly, there’s something in the air in Spain as we head back to the motherland of the fiesta for the fourth year in a row with Boiler Room. On the 6th of June, we’ll be touching down in Madrid to celebrate the local explosion of neoperreo scene with a roster full of energy and a blazing selection of sounds from Rico Nasty, Kaydy Cain, Steve Lean & Friends, Asmara, Clara! and Chica Gang.

Spain is heating up. And we're not just talking about the weather. There’s a new musical movement exploding through the country, subverting the historically male-dominated culture of reggaeton by reinterpreting the frantic beats and injecting a blend of techno, trap, and jazz. Get ready to get loose with the musical trailblazers moving to a new infectious beat.

On June 6 we’ll be presenting a hot list of local and international artists who will perform at the Boiler Room x Ballantine's True Music event in a top-secret location. We've selected a lineup designed to showcase the new hybrid wave of genres that have been reinforced by the perreo pioneers based in Madrid, the cultural epicenter of the scene. Stepping up to the party will be American perreo pioneer Rico Nasty; Madrid rapper Kaydy Cain; the Spanish producer Steve Lean; Los Angeles club favorite, Asmara; The collective promoter Chica Gang; and the avant-garde Clara! laying down some serious reggaeton funks. 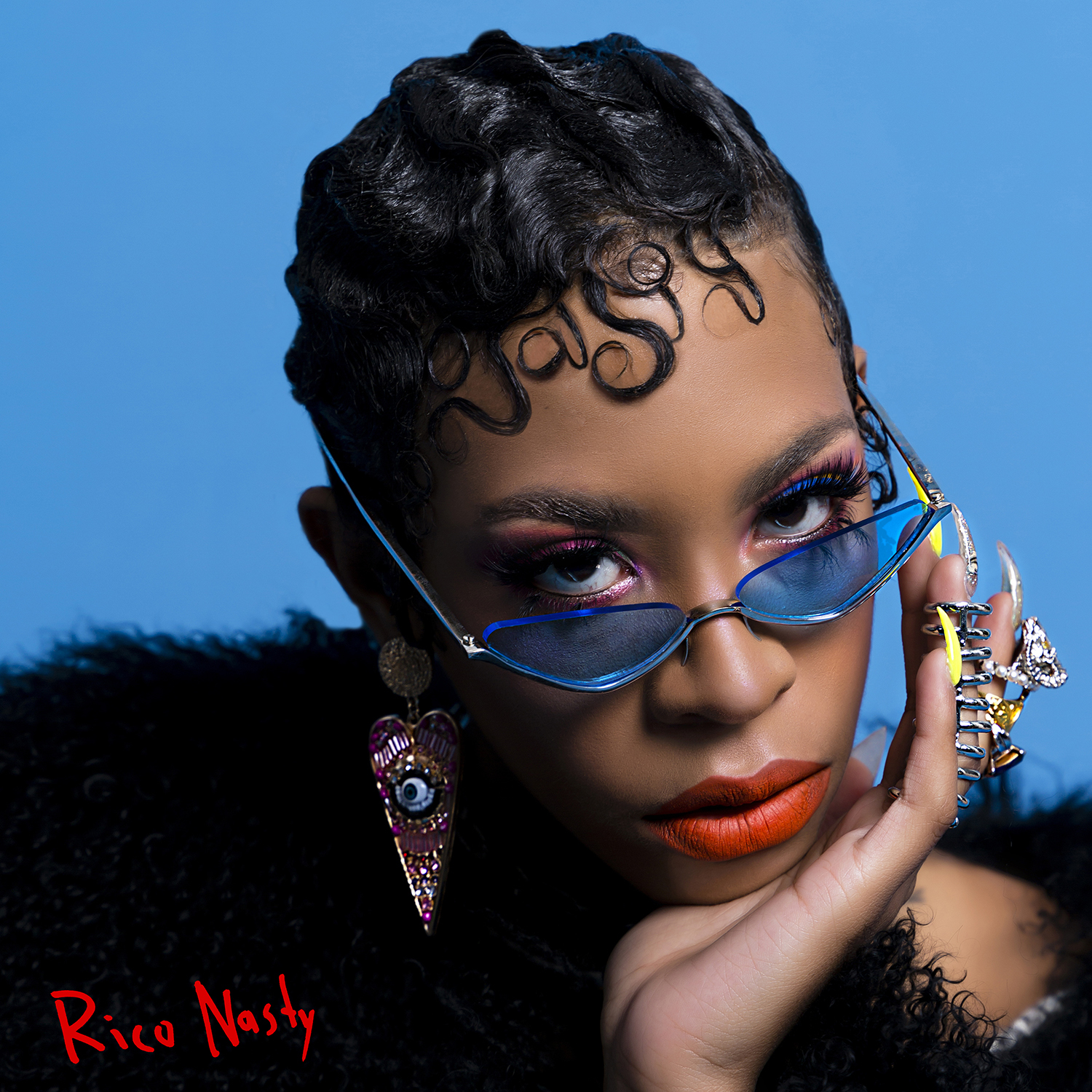 “If you don’t speak up, you’ll never be heard.” Rico Nasty certainly has no problem speaking up. The DMV rapper, producer, and singer has continually both shown and proven her mettle on the mic time and time again since dropping her first mixtape— Summer’s Eve —back in high school. A string of viral singles such as 2016’s “iCarly” and “Hey Arnold” lit up the internet as her breakout mixtape Tales of Tacobella received praise from Washington Post, XXL, Pigeons & Planes and more. Next up, Rico Nasty opened up a bold, bloody, and bright world of her own on Sugar Trap 2 accompanied by alter egos Tacobella and Trap Levine. “Poppin” appeared on HBO’s hit series “Insecure,” and she joined forces with Lil Yachty on “Mamacita” for the chart-dominating Fate of the Furious Official Soundtrack. In the aftermath, she signed to Atlantic Records. Showing no signs of stopping, 2018 saw her launch a massively successful headline tour, selling out nearly every date and inciting mosh pits coast to coast. However, the driving engine behind her rapid rise would be the bars—as evidenced by the likes of “Smack A Bitch.” Unabashedly uncompromising, knife sharp, and potently powerful, her microphone prowess offered a respite from a scene preoccupied with auto-tune and mumbling. 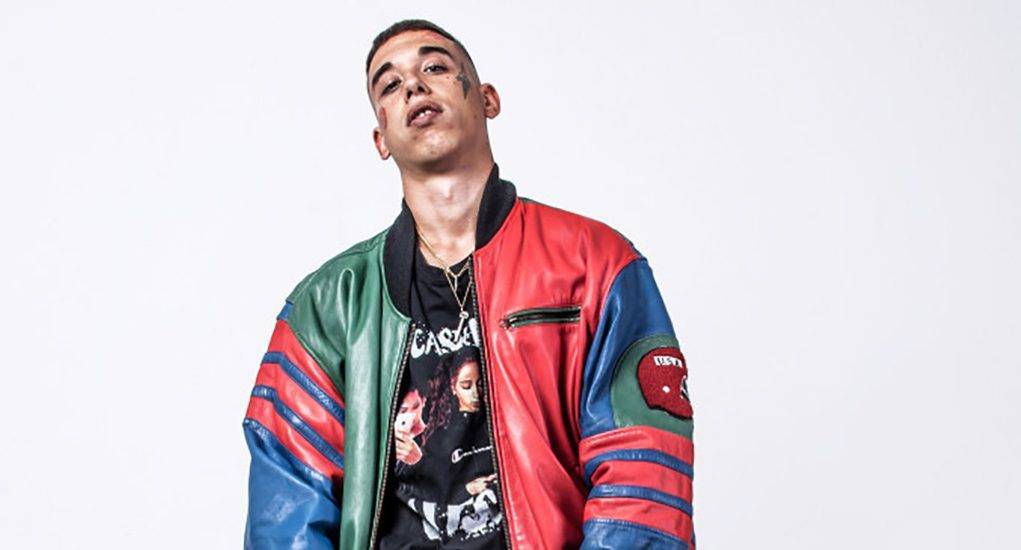 Kaydy Cain started rapping in his neighbourhood of Carabanchel because he didn’t know how to sing. At the beginning of this decade he edged into the public eye in two cult collectives Corredores de Bloque and PXXR GVNG to lay the foundations of the trap phenomenon that would explode in Spain a few years later. From there, Kaydy Cain embarked on his own solo career, holding down a strong social media presence and releasing a handful of popular mixtapes. In his extensive catalogue (more than 300 songs), he has collaborated with artists as diverse as Maikel Delacalle, Dark Polo Gang, Yung Beef, Southside, Neo Pistea and producers like King DouDou, 808 Mafia, Cookin Soul, Steve Lean, Lowlight, Marvin Cruz, Kid Favelas or Fenik. The release of his album Lo Mejor De Lo Peor, saw Kaydy Cain shift to focus on the Latin sounds and dance beats that have influenced him since his childhood; specifically Reggaeton and Salsa. 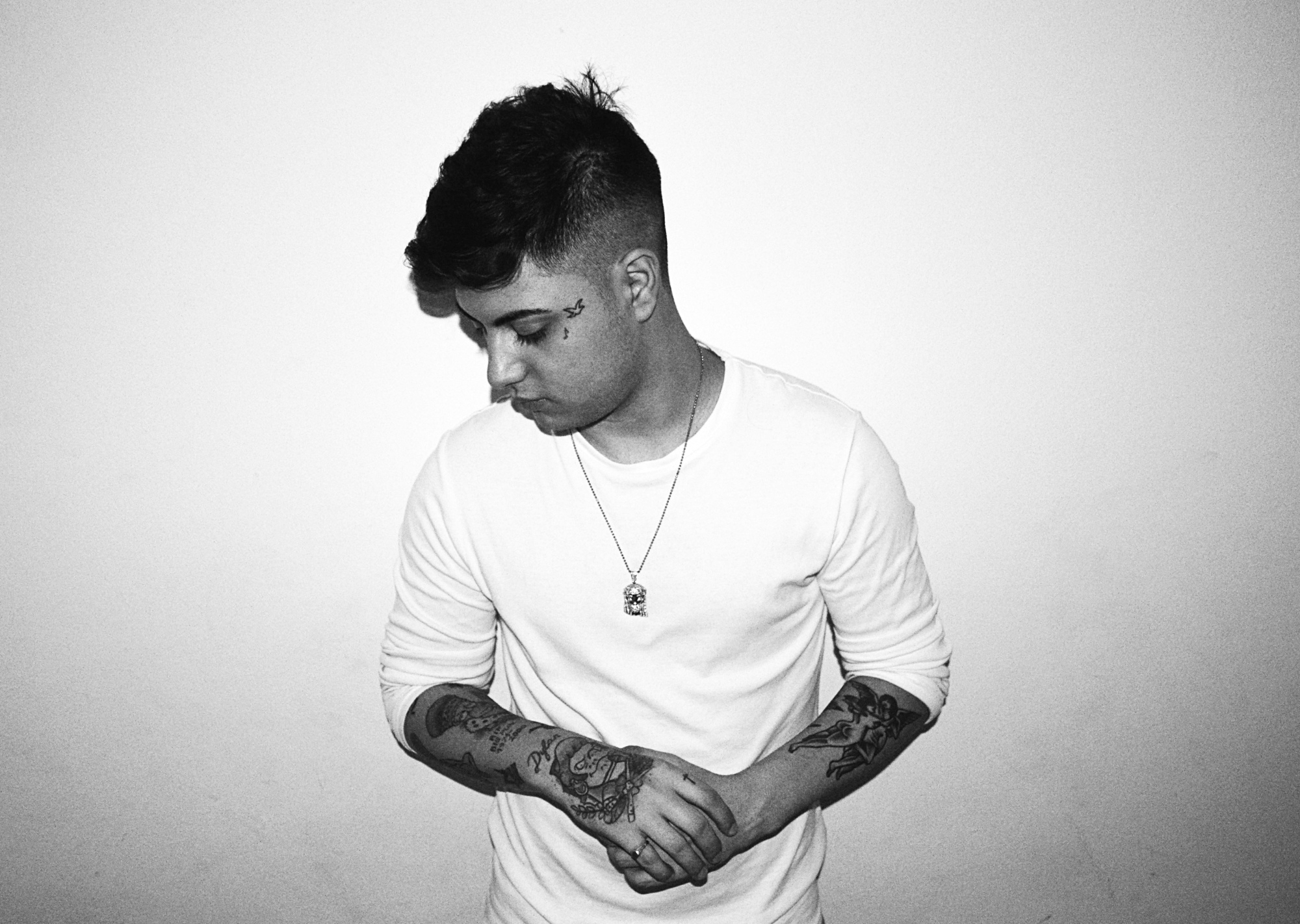 If there is a key producer in the new urban scene in Spain, this is Steve Lean. Anyone who has even slightly paid attention to the music that is captivating a whole new generation of fans, has heard his music. He was responsible for the sound (and therefore part of the success) of PXXR GVNG, now Los Santos, and he is, and among many other things, the producer of Yung Beef's new mixtape, "A. D. R. O. M. I. C. F. F. M. S.". 4". In addition, Lean has been recruited by the main artists in today's Latino mainstream, such as J. Balvin and Fuego, global stars such as Offset (from Migos) or Vybz Kartel and is part of the 808 Mafia collective of international producers. Right now he is preparing what will be his first release as a producer under his own name. 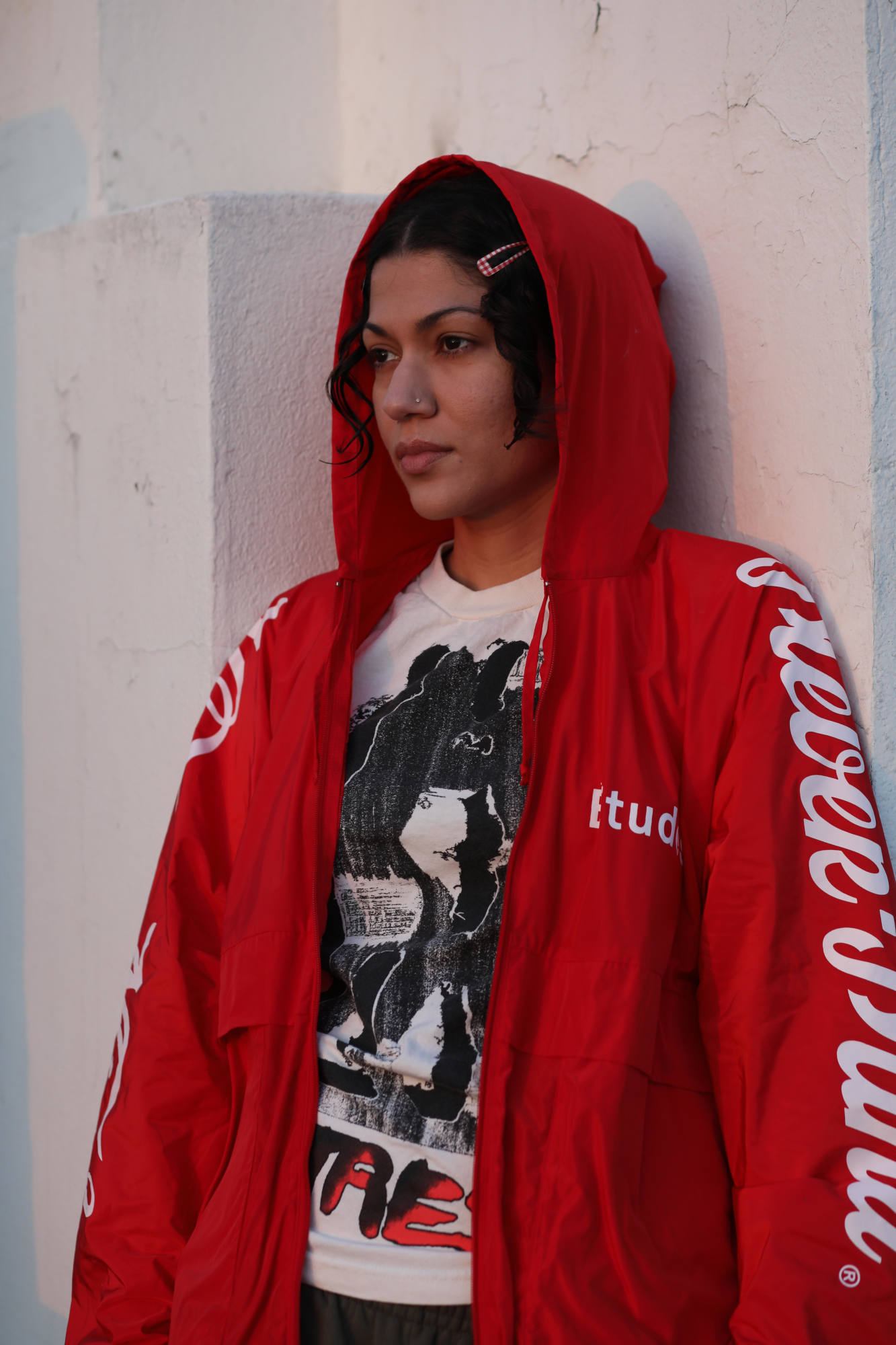 Asma Maroof AKA ASMARA is a leader in LA’s music scene. ASMARA offers a unique blend of R&B, rap, club, house, kuduro, and grime. She recently released her EP Let Ting Go and co-released six EPs to critical acclaim. In addition to her productions, Asma is well known for mixes for Boiler Room, Dazed Magazine and Vicki Leekx, a Nguzunguzu collaboration with M.I.A and a "Perfect Lullaby" mix series released by DIS Magazine, described as a lush exploration of zouk beats and pop vocals. Asma has more recently forayed into producing for rappers and vocalists such as Kelela and Le1f, verifying the versatility of her ever-expanding sonic territory. 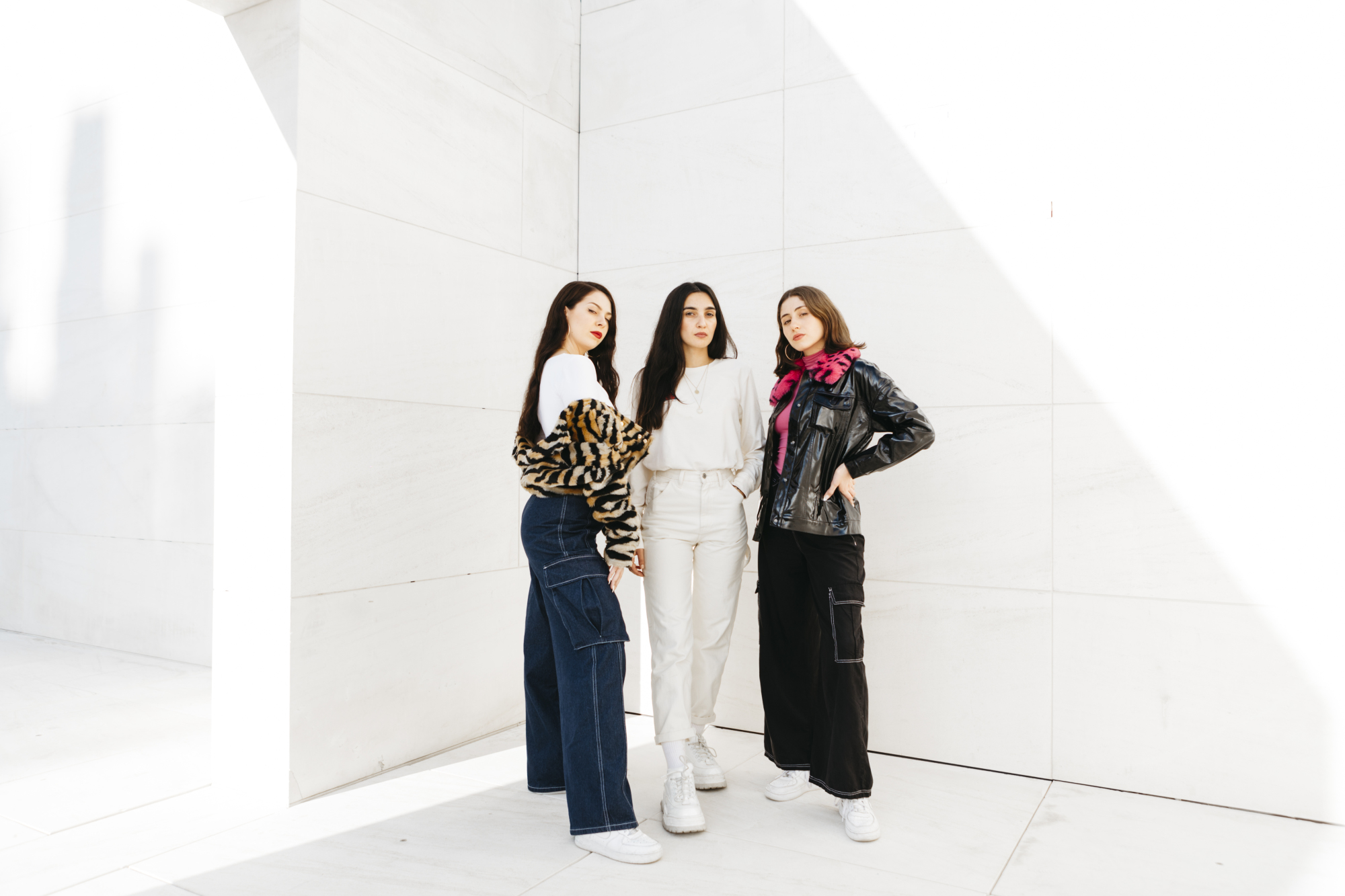 CHICA Gang is a collective dedicated to helping create visibility and highlight the presence of women and members of the LGBTQI community while creating a safe space for them in the music scene. Rocío, Alba and Flaca, are the three members of CHICA Gang, who dedicate themselves to exploring the connections between the urban music scene and the club music scene. After almost two years and eight editions, they have consolidated themselves as one of the most influential collectives in the Madrid music scene after working with numerous Spanish and international artists like La Zowi, Ms Nina, Ghazal, Dinamarca, Dj Florentino, Bea Pelea, etc. 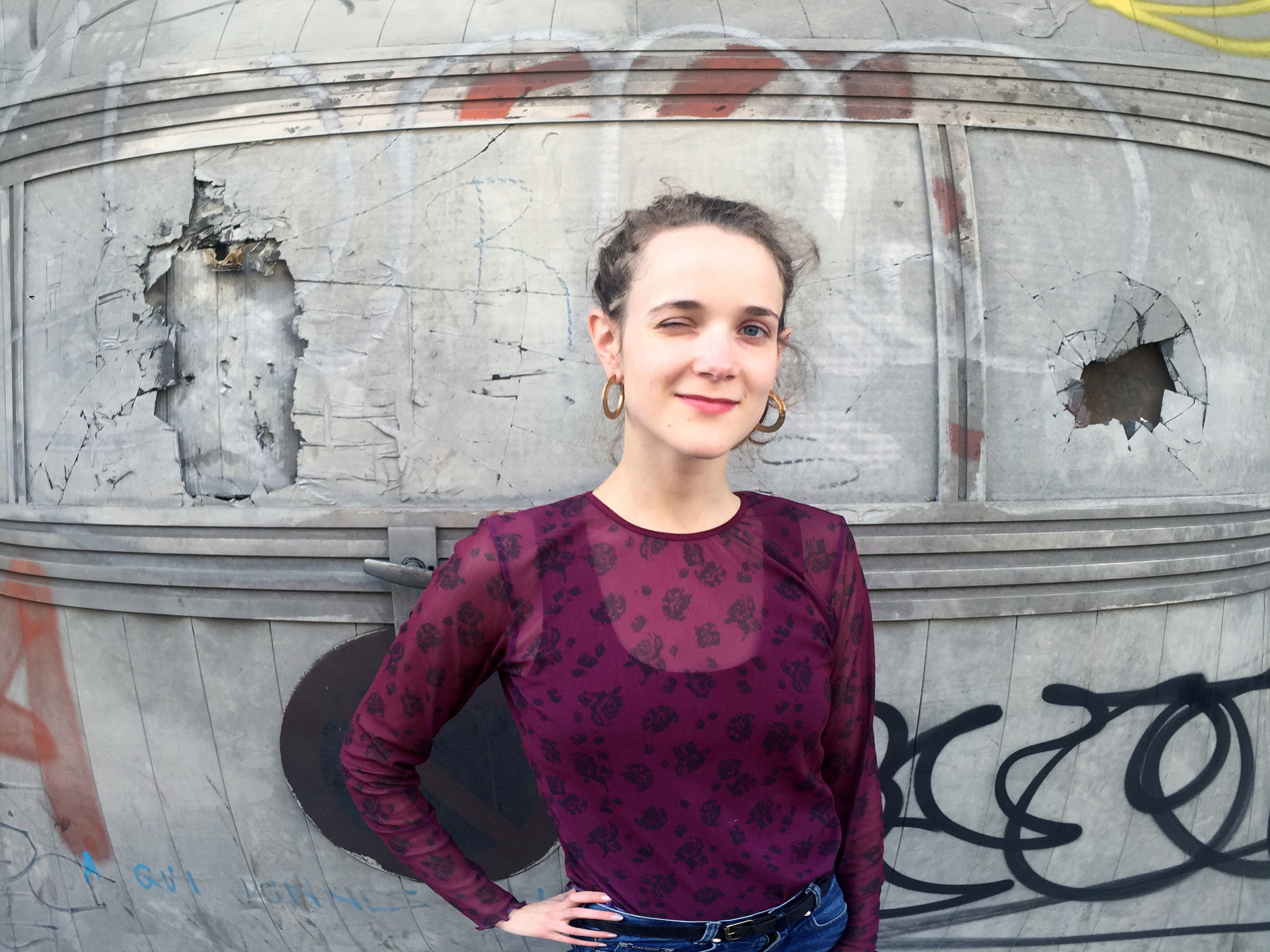 Part of a prankster collective PRR! PRR! based in Brussels, Clara!, from Galicia, does heterogeneous tempo hopping mixes, with music from different origins and cultural environments, lead by curiosity, humour and a strong love for dance. She signed “Reggaetoneras 2 and 3”, with Gravats - a 100% female reggaeton MCs mixtape with rhythms from the ‘90s up to the modern day that is crammed with drums and hooks levered from major dance hits, littered with skits and personal edits. She also released her first solo EP, alongside Maoupa Mazzocchetti, “Clara! y Maoupa - Meneo”, where she expresses anger, sarcasm and seduction through her lyrics and reggaeton beats.

Part of the commitment of Boiler Room and Ballantine's is to elevate the music communities behind the cameras and take a position to help them launch their musical career. We brought together key figures from the perreo community to discover the realities and opportunities within the scene; exploring the music culture in Madrid, the renegotiation and recovery of genres such as reggaeton and the nature of local collaborative styles.

The film shows people from all over the Hispanic world who are migrating to be part of this exciting movement that includes the Andalusian reggaeton artist Bea Pelea; to the singer Mrs. Nina; to the DJ and collective promoter Chica Gang; the DJ based in Madrid, owner of clubs and promoter, Andrea Vandall; and the club owner of the LGBTQI Perreo club, Valle Eléctrico. Get ready to lock in when we release the film on the 28th May.